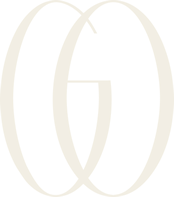 Lawyer, Arbitrator, Doctor in Law and Correspondent Academic of the Royal Academy of Jurisprudence and Legislation.

President of the Committee of Public Law of the International Bar Association (IBA).

Member of the Chartered Institute of Arbitrators (CIARB).

Similarly, Francisco García-Ortells is also a researcher of the Chair of Civil Law of the Faculty of Law of the Carlos III University of Madrid.

Francisco García-Ortells is the author of many articles on public and private contracting, arbitration and procedural law.

Professor of Commercial Law in the course of legal practice at the UNED Law University from September 2006 to July 2015.

Lawyer of the Association of Lawyers of Madrid since May 2000.

Lawyer and Doctor in Law.

Accredited by the ANECA as Contracted Doctor Professor, February 2016.

Department of Legal Sciences of the University of Alcalá, since March 2015.
Interdisciplinary Public Law Association, since November 2009.

Has wide professional experience, having worked, among others, at the firm Segre Abogados, as well as at Garrigues Abogados

Professor Valcárcel is the authoress of a relevant number of scientific publications on the topics of her speciality.

Has wide professional experience, having worked at Garrigues Abogados.

Professor Iribarren is the author of a good number of scientific publications on topics in his speciality. Among these it is worth highlighting his two monographs (Third party liability insurance for the administrators and top executives of share capital companies [2005] and Liability for the information divulged by quoted companies. Its application in the secondary securities markets [2008]).